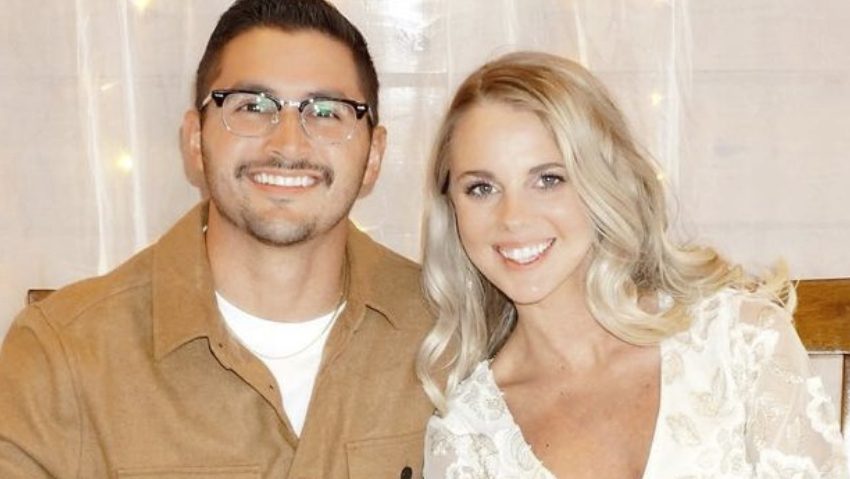 Leave it to Big Brother fans to want to know every tiny detail about the players’ lives, especially when they think they’ve stumbled upon something that doesn’t make sense.

When Nicole Franzel and Victor Arroyo announced their recent pregnancy and revealed they are 11 weeks along, fans were quick to jump on how that could possibly be true. Here’s why they’re confused and what they need to know.

11 Weeks Ago Puts Franzel Still in The Big Brother House

Fans are confused because if you count 11 weeks back from the pregnancy announcement, which was made on Sunday, January 10, you land on Sunday, October 25, which was three days before Franzel left the Big Brother house.

Some Twitter and Instagram commenters were wondering how that’s possible, including a few rude ones that say Cody Calafiore is the baby daddy — “That’s why they kept cutting off feeds more than usual last season,” wrote one.

The way it works is that the “weeks” of pregnancy start from the first day of the mother-to-be’s last period. As one Instagram commenter points out, Franzel said on her “Coco Caliente” podcast in the episode where she talked about the finale that she finally got her period on the day of the finale after going all summer without having one due to the stress of being in the game.

Typically, two weeks after that would be right around conception. That’s how pregnancy works. So Franzel and Arroyo most likely conceived right around November 10-12. That puts their due date as the last week in July or the first week of August.

Fans Are Cracking Up About the Timing of the Pregnancy Announcement

It’s no secret that Franzel and fellow Big Brother All-Stars houseguest Janelle Pierzina didn’t really get along. Well, fans are cracking up that Franzel and Arroyo announced their pregnancy on Pierzina’s birthday, which is January 10.

Several Twitter commenters wrote how they are loving “this level of petty,” and an Instagram user wrote, “This was 100 percent a calculated move on Nicole’s part for sure. It’s too much of a coincidence to be a coincidence.”

But just as many fans think it is just a coincidence and are mad anyone would pregnancy announcement shame NicVic.

Their ‘Big Brother’ Family is Super Excited For Them

Big Brother casting director Robyn Kass jumped in with, “Awwww, love this pic. I think this makes me a granny x 8???”

Kass is of course referring to all the Big Brother babies out there — Rachel Reilly and Brendon Villegas have two, Jeff Schroeder and Jordan Lloyd have two, Cody Nickson and Jessica Graf have two, and Dominic Briones and Daniele Donato have one, so NicVic’s baby would indeed make eight Big Brother babies.

Big Brother 23 will return in the summer of 2021. Until then, we might get a new season of Big Brother Canada this winter/spring.

READ NEXT: Julie Chen Was ‘Pushing’ CBS For a Winter Season

Benefits of subscribing Access to current and unbiased information anytime, anywhere on any internet-enabled device Summarises key findings and provides detailed, practical recommendations on the use of medicines during pregnancy and breastfeeding to support the clinical decision making process Read more…

I got the vaccine to protect myself, my family, my vulnerable patients, my community and for overlooked pregnant patients everywhere. If you think others can learn from this article, please share it. If you want Read more…